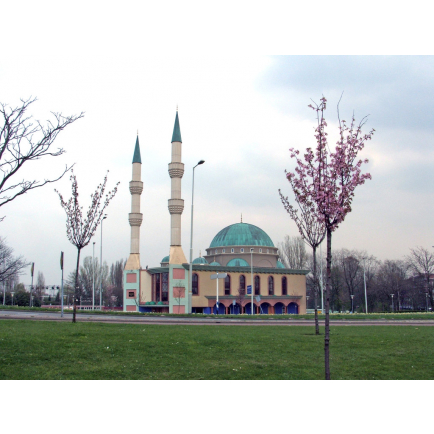 This is a grand mosque which was established in the year 2001 and is perfectly located in northwestern Amsterdam along the vast pathways. Mevlana mosque majorly serves Turkish-Dutch Muslims and was named after Rumi. The design is by the Schiedam architect Bert Toorman. He was commissioned by the Turkish community to design a mosque that would be recognizable to the faithful as a traditional Ottoman mosque but would also be appreciated as a monument by neutral non-Muslim viewers.