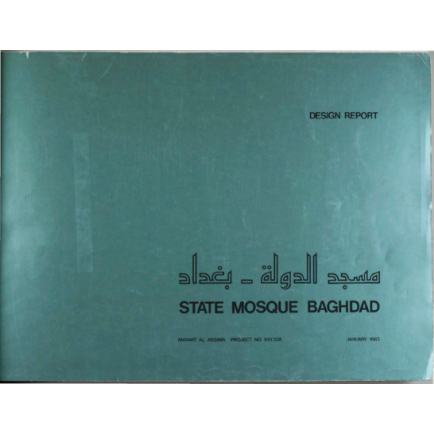 A 99-page Competition Design Report submitted in January 1983 by Makiya Associates for a competition to design a State Mosque in Baghdad (project no. 651/328). Makiya Associates was one of twenty-two firms invited to submit pre-qualification documents to the Directorate of Design at the Municipality of the Capital, and one of seven firms selected to participate in the competition, which was announced by Rifat Chadirji, chairman of the State Grand Mosque Committee, in July 1982. The mosque was ultimately never built.

The report includes a preface and introduction, twelve chapters, a bibliography, and drawings, and is in English and Arabic.