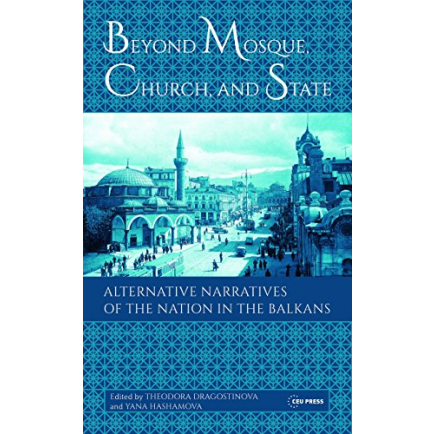 Beyond Mosque, Church, and State : Alternative Narratives of the Nation in the Balkans

Journalists and policy-makers in the West have often assumed that the religious and ethno-national heterogeneity of the Balkans is the underlying reason for the numerous problems the area has faced throughout the twentieth century. The multiple and turbulent political transitions in the area, the dynamics of the interaction between Christianity and Islam, the contradictory and constantly shifting nationality policies, and the fluctuating identities of the diverse populations continue to be seen as major challenges to the stability of the region. By exploring the development of intricate religious, linguistic, and national dynamics in a variety of case studies throughout the Balkans, this volume demonstrates the existence of alternatives and challenges to nationalism in the area. The authors analyze a variety of national, non-national, and anti-national(ist) encounters in four areas—Bosnia, Bulgaria, Macedonia, and Albania—traditionally seen as “hot-beds” of nationalist agitation and tension resulting from their populations'religious or ethno-national diversity. In their entirety, the contributions in this volume chart a more complex picture of the national dynamics. The authors recognize the existence of national tensions both in historical perspective and in contemporary times, but also suggest the possibility of different paths to the nation that did not involve violence but allowed for national accommodation and reconciliation.