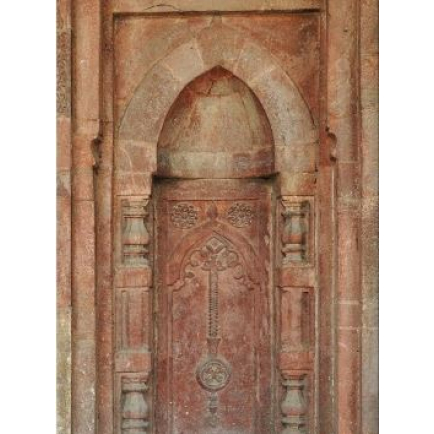 Bara Gumbad is an ancient monument located in Lodhi Gardens in Delhi, India. It is part of a group of monuments that include a Friday mosque and the "mehman khana" of Sikandar Lodhi, the ruler of the Delhi Sultanate. The Bara Gumbad was constructed in 1490 CE, during the reign of the Lodhi dynasty. Its construction is generally attributed to Sikandar Lodhi, and it is believed to have the earliest constructed full dome of any building in Delhi.The monument is situated near the Tomb of Sikandar Lodhi and Shisha Gumbad. Although the three structures, which share a common raised platform, were all built during the Lodhi reign, they were not constructed at the same time. The intended purpose of the builders of Bara Gumbad is unclear: it may have been intended as a free-standing tomb, but no tombstone has been identified. The area in which Bara Gumbad is situated was formally called Khairpur village.