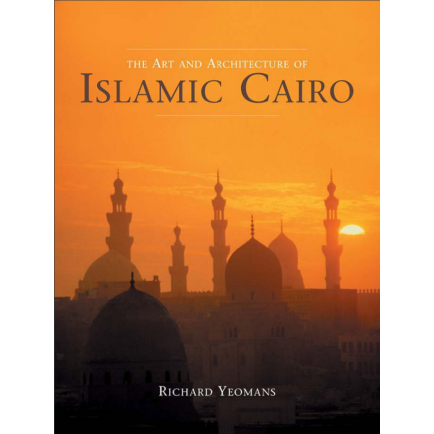 The Art and Architecture of Islamic Cairo

" When I first visited Egypt with a group of friends in 1964, I had no knowledge of Muslim culture and my sole purpose was to see the Pharaonic monuments that had excited my imagination since childhood. After spending two weeks in Luxor and Aswan, saturating ourselves in the art and architecture of ancient Egypt, we returned to Cairo to see if the city had anything else to offer other than the pyramids and the Egyptian Museum.

We consulted our guide book and the pictures of the Citadel and Sultan Hasan’s mosque aroused our curiosity, so we set out to explore Cairo’s medieval monuments. It was in the frantic atmosphere of the Khan al Khalili area of the old city that I first encountered Islamic architecture in its living cultural context and the experience was spellbinding. It was something I had been completely unprepared for, and I woke up to the fact that Egypt had a vibrant Islamic culture with a magnificent architectural heritage lasting well over a thousand years.

The point was further endorsed when I later visited the Museum of Islamic Art and saw the wealth of Islamic Egypt’s decorative art. Nobody had told me about this extraordinary cultural achievement – my Eurocentric education had ignored it – and the depth of my ignorance was profound."

This book covers the architecture and art of Cairo through the discoveries of the Author.