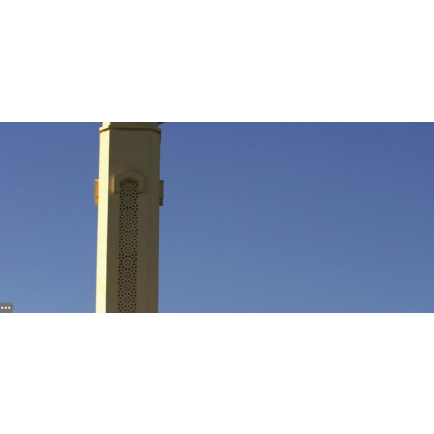 The Grand Mosque in Dubai.

One of Islam's great mysteries is what happens inside a mosque. These sacred spaces, where access is often forbidden to nonbelievers, are where Muslims perform their central ritual: prayer. Because this ritual is so important, Muslims have a clearly defined set of rules that should be followed for appropriate conduct inside the mosque, or masjid.

The first ritual starts with one's entrance to the mosque. Believers should step inside using their right foot only, and wearing appropriate apparel. This includes cleanliness: Islam recommends a clean body, clothing and mind for worship, including the elimination of any personal odors (such as bad breath from eating food with garlic or onions). As one enters the mosque, one should recite the appropriate prayer, called a du'a, and shut down any disturbances, like cell phones.

Prayer at the Mosque

Before praying, Muslims are required to remove their shoes and perform a cleansing ritual. These ablutions, called wudhu, require congregants to first wash their right hand three times, followed by their left hand. Muslims believe they should emphasize cleanliness before appearing in the house of Allah. They can then proceed with the prayer ritual, normally performed five times a day. Though one can pray anywhere, these prayers are ideally performed inside a mosque; prayer inside a mosque is believed to be 27 times more potent than prayer outside.

The Role of the Imam

Inside the mosque, worshippers can either pray alone or are led in prayer by the imam, who stands or kneels at the front of the room. The imam's role is similar to that of a rabbi or priest in a Jewish or Christian service; though Muslims consider him, like everyone else attending the mosque, equal in the eyes of Allah. Together, they face Mecca and recite verses from the Quran, often while moving through a series of positions called salat. On the Islamic holy day of Friday, the imam will often give a talk or sermon on elements from the Quran.

Women and the Mosque

In many cultures, it is traditional for men only to pray at the mosque. According to Islamic tradition, this separation preserves a sense of decorum and keeps the focus of the attendants on Allah. When this is the local custom, women often pray at home, either alone or in prayer groups. In large cities where women attend the mosque, they pray in a different room than the men, wearing modest attire and covering their hair.