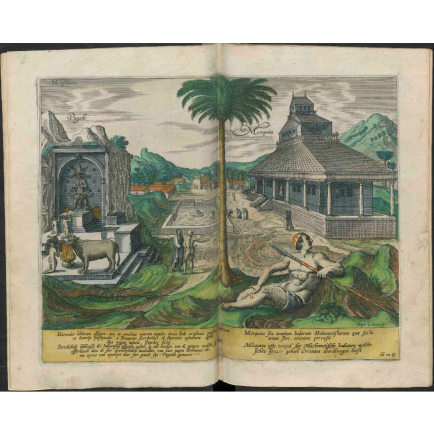 Muslim communities were integral to spice trade throughout the Middle East and Asia. This engraving from the Itinerario of Jan Linschotten, published in 1604 in the Netherlands, shows a mosque in Southern India alongside a Hindu temple. Muslim traders were some of the leading spice merchants before the arrival of the Portuguese at the end of the 15th century.