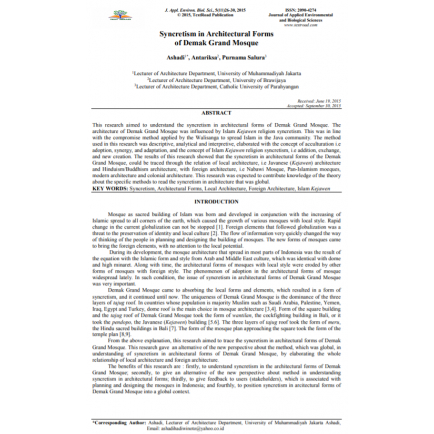 The method used in this research was descriptive, analytical and interpretive, elaborated with the concept of acculturation i.e adoption, synergy, and adaptation, and the concept of Islam Kejawen religion syncretism, i.e addition, exchange, and new creation.

This research was expected to contribute knowledge of the theory about the specific methods to read the syncretism in architecture that was global.