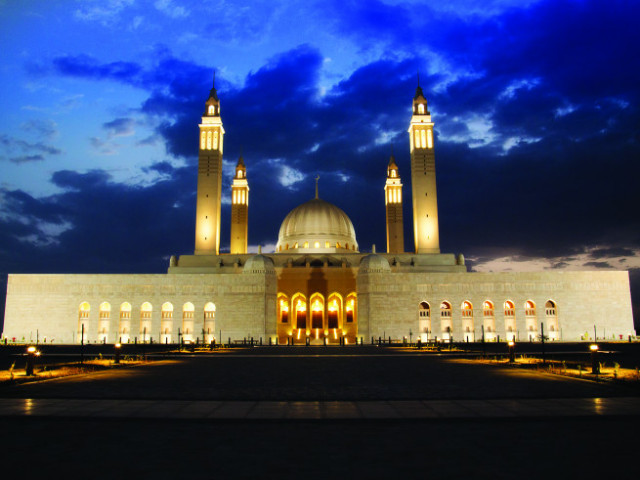 Sultan Qaboos Mosque Assigned by His Majesty Sultan Qaboos, Sayyid Khalid bin Hilal al Busaidy, Minister of the Diwan of Royal Court, will open on Friday Sultan Qaboos Mosque in the Wilayat of Nizwa in the Governorate of Dakhiliyah. The new mosque was conceived as a regional size mosque in 2009. Being the spiritual and religious capital of Oman, Nizwa is a fitting location for a major mosque second only to the Grand Mosque in Muscat. Simplicity of form and selective use of decoration are characteristics that distinguish the new mosque from those in other regions. The four minarets give the building a unique quality, reinforcing its position as a major landmark for the community it serves.