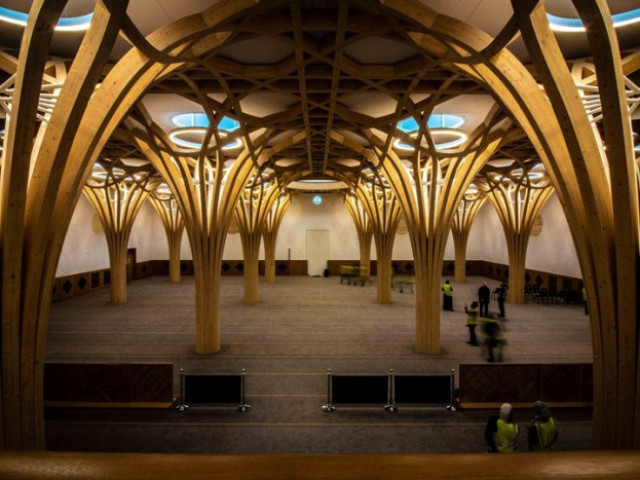 The Cambridge Central Mosque, also known as Masjid AlTawheed, is Europe's first eco-friendly mosque and the first purpose-built mosque within the city of Cambridge, England. Its mandate is to meet the needs of the Muslim community in the UK and beyond by facilitating good practice in faith, community development, social cohesion & interfaith dialogue. The Cambridge Central Mosque was opened to the public on 24th April 2019, and in addition to the mosque's dedicated areas (ablution, teaching, children's area, morgue) there will be a café, teaching area and meeting rooms for use by the local Muslim and non-Muslim communities.