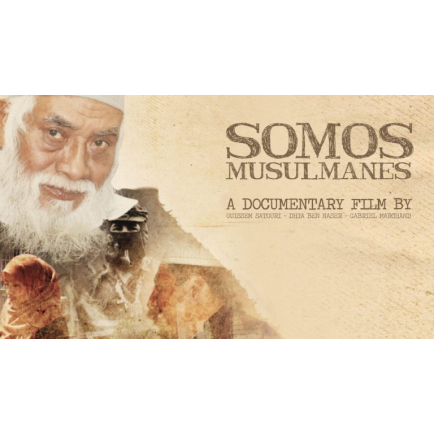 The Unknown Muslims of Chiapas

This little known story of the Tzotzil Muslim community in Chiapas, is part of the documentary series Unexpected Muslims. It was made by Repères & Vocations (Landmarks & Vocations), an initiative launched by a team of young people with different backgrounds but with the same quest: to better understand how human histories intersect and to relearn the humanity in each of us. In other documentaries they have looked at Muslims in Sarajevo, Ethiopia and China. Like all films in this series, Somos Musulmanes is very atmospheric and strongly communicates the reality of its location. However, this documentary is also an unusual mix of personal testimony, academic commentary and animated sections that illustrate key points in the history of the Tzotzil Muslims. In the process of telling their story, and its wider context, the documentary becomes a crash course in a key part of late 20th century Mexican history starting with the violent persecution and political oppression of indigenous people in Chiapas State in the 1970s. The extent and manner of this is shocking, and it led to the migration of many indigenous people to the San Cristobal mountain highlands. This experience contributed hugely to the formation of the anti-government Zapatista movement in 1983, and ensured pro-Zapatista sympathy in Chiapas in the 1990s. The Zapatista movement today is mostly made up of rural indigenous people who still control large areas in Chiapas.Inspired by the Zapatistas, Muhammad Nafia (formerly Aureliano Pérez), a member of the Murabitun World Movement, travelled from Spain to Chiapas with the idea that Islam would strengthen the movement’s revolutionary spirit. The Zapatista chief, Commander Marcos, did not embrace this idea, but during their discussions, several heads of Tzotzil families converted to Islam. Given that these events are in the relatively, very recent past, the documentary features many first-hand accounts of this remarkable development by the families themselves. However, the story does not end there. Those who brought Islam to the Tzotzil began to take advantage by reaping the economic benefits of their conversion and becoming increasingly dogmatic and dismissive of their indigenous culture. To reject this new form of oppression, many in the Tzotzil community studied and learned for themselves the meaning of Islam. They broke away from the Murabitun and founded their own Islamic community with their own leadership, providing a path on which the values of their ancient culture and of their new faith could walk harmoniously together. As the documentary goes through this process of Islam’s introduction and acceptance by the Tzotzil, then disillusion and for some an independent renewal, there are many reflections on truth, ideas and how knowledge is attained. It also makes a much wider statement about the transnational movement of Islam, and how faith is assimilated into new cultural environments. There is a lot packed into this documentary. As with other films made by the Unexpected Muslims team there is also a lot to learn, not just about ‘unexpected‘ Muslim communities around the world but about the political and social history of the places in which they live.