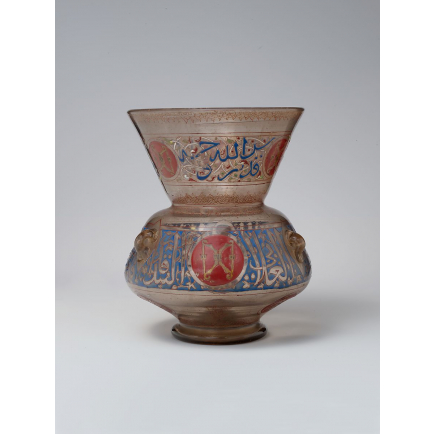 This lamp’s inscriptions reveal that it was ordered for Aidakin’s mausoleum (turba), a building still standing in Cairo. Mamluk amirs adopted emblems, often connected with their ceremonial roles at court, which decorated the objects and buildings they commissioned. Here, the motif of two gold crossbows against a red shield illustrates the office of bunduqdar (bow‑keeper).

It is on view at The Met Fifth Avenue in Gallery 454.