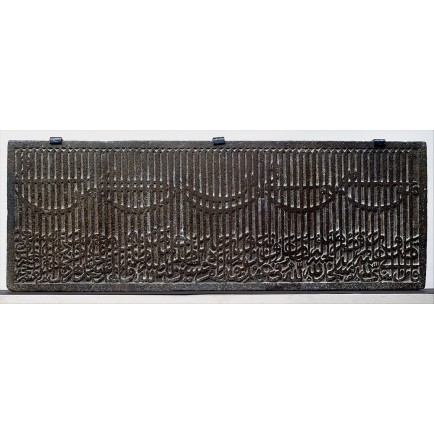 Dedicatory Inscription from a Mosque

This dedicatory inscription in "tughra" script, dated A.H. 905/A.D. 1500, is from a mosque in western Bengal built for Prince Daniyal, a son of Sultan Husayn Shah. The inscription is an outstanding example of Indo-Muslim epigraphy: the regular pattern in which the vertical letters are arranged and the skillfully inserted, bowlike words that structure the pattern are typical of Muslim calligraphy in medieval Bengal and later in the Deccan.

On view at The Met Fifth Avenue in Gallery 450.