A colonnade, a group of light wells and perforated brickwork allow light and air to reach the prayer hall of this mosque in Dhaka, which is one of winners of the Aga Khan Award for Architecture 2016.
BaitUr Rouf Mosque was designed by local architect Marina Tabassum for a site in a densely populated neighborhood of the Bangladeshi capital. 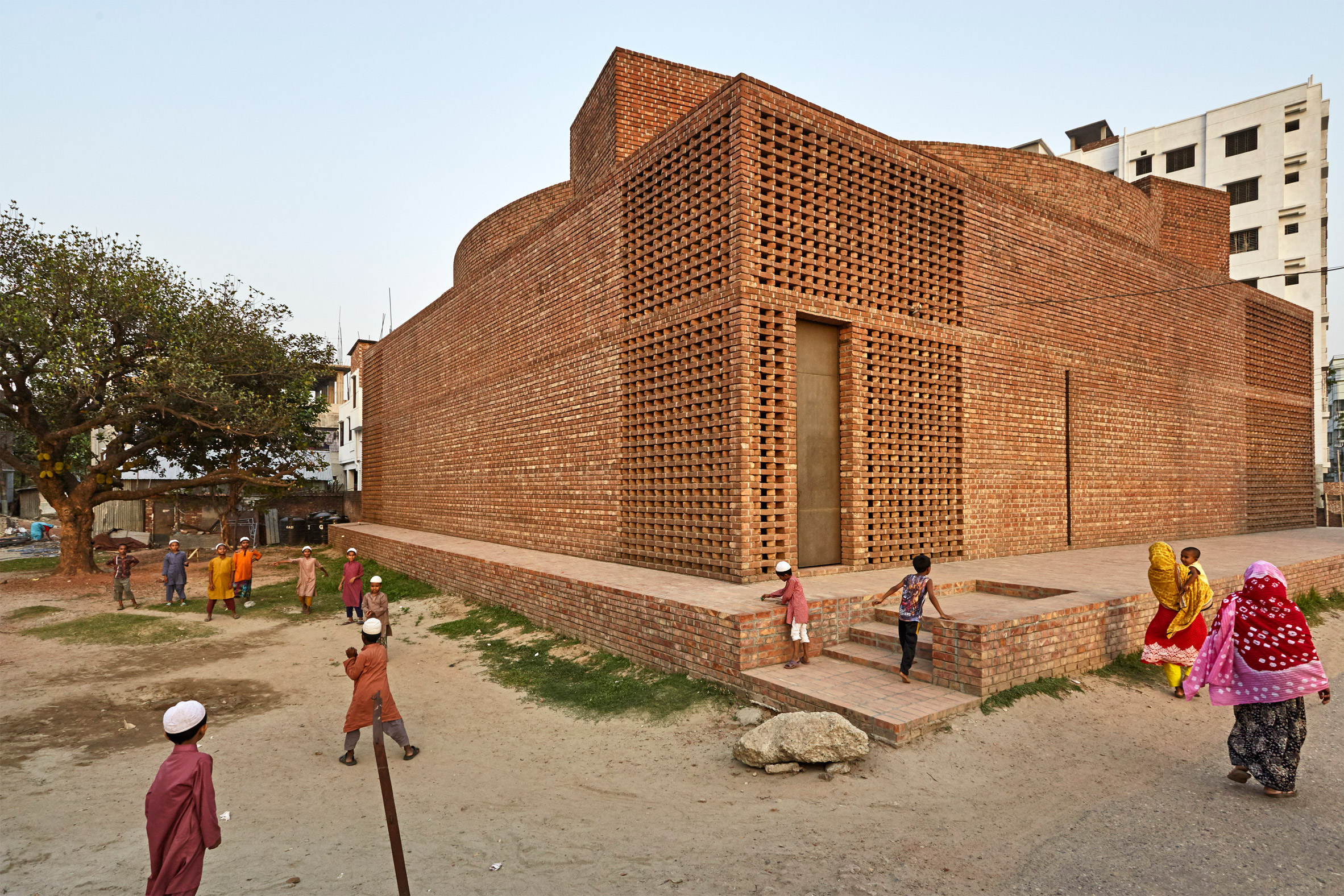 The mosque sits on a raised plinth, which protects it from floodwater and creates a communal area for relaxing that also separates the building from the busy streetscape. 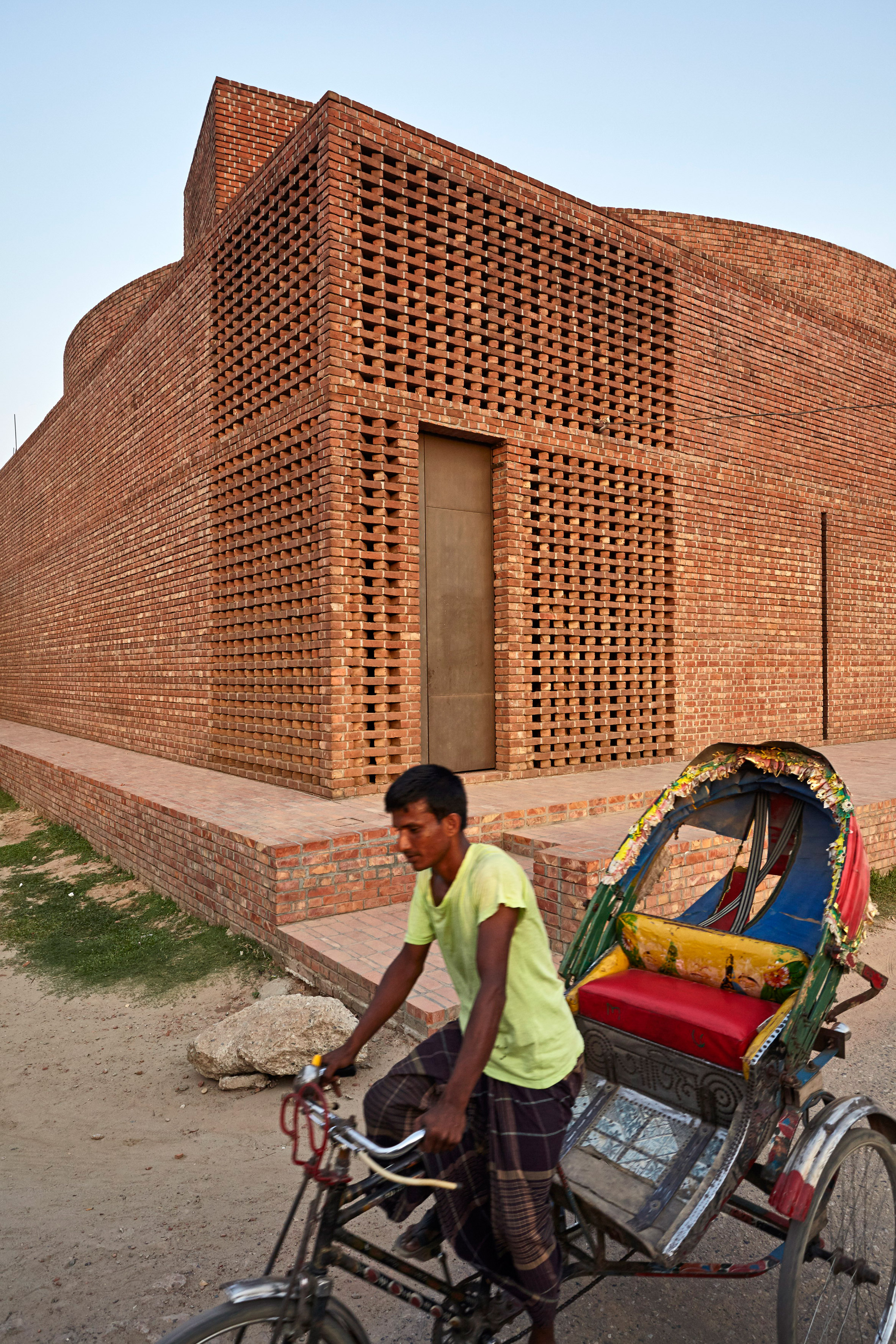 Terracotta bricks used for the structure are left exposed internally and externally. They lend the building a character that references the architecture of nearby buildings, as well as religious architecture of the past. 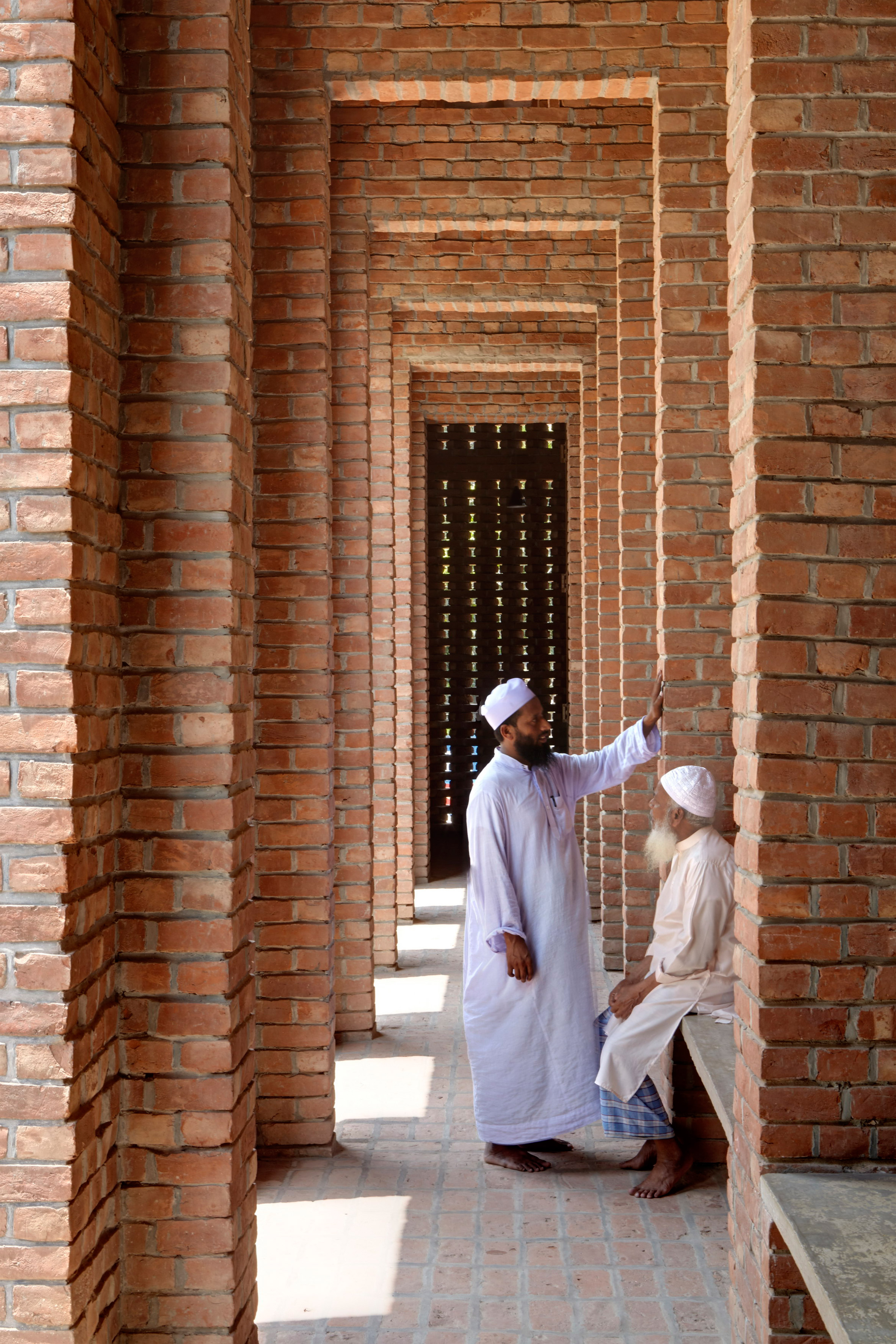 "Built in brick, this mosque is an attempt at creating a language of architecture that takes its essence from the Sultanate period and gives it a contemporary expression," said Tabassum. The site's dimensions informed a square plan, within which the prayer hall needed to be positioned so it faces towards Mecca. 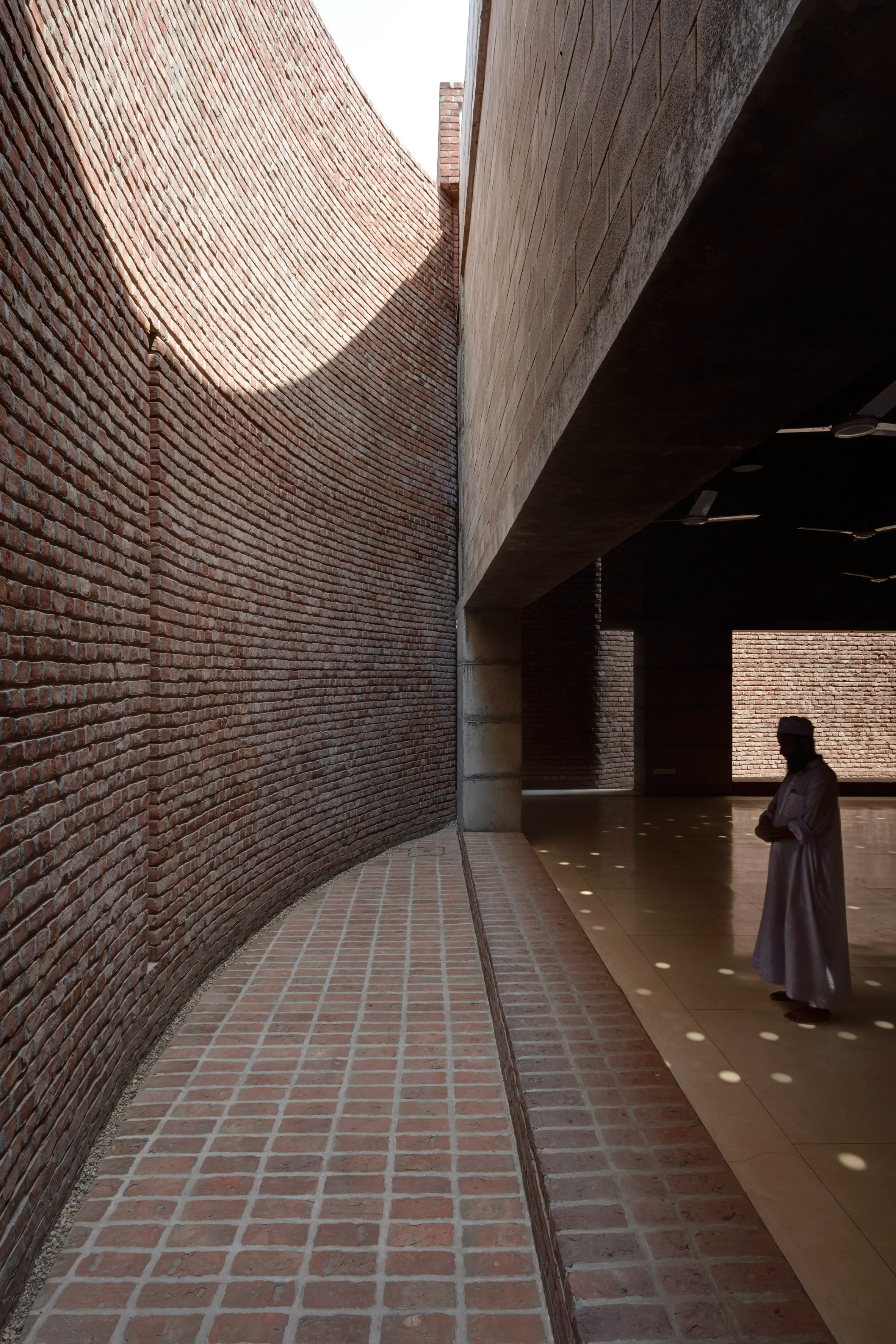 A cylindrical volume was inserted into the square, with the prayer hall rotated within this cylinder so the qibla – a line pointing towards the Kaaba in Mecca – is aligned at the centre of one of its walls. The rotation of the prayer hall at the center of the building also results in the creation of four voids at the corners. These spaces create small courtyards, with open brickwork allowing light and air to filter into the interior. 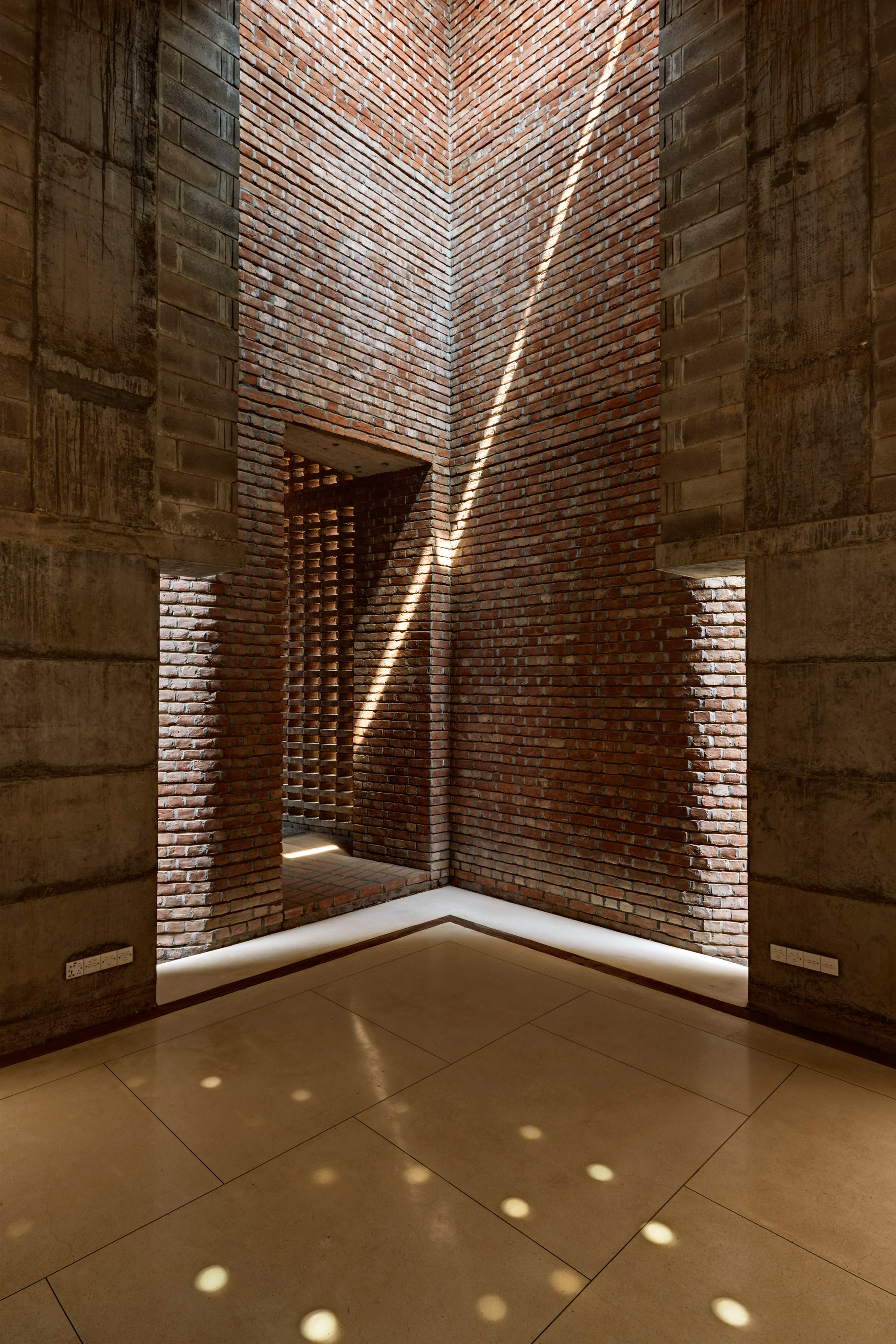 Eight columns surrounding the hall facilitate an open column-free space featuring a ceiling perforated by circular holes that cast a dappled pattern of light on the floor. Light is also used to mark the qibla, which is identified by a vertical slit in the cylindrical brick wall that is visible through a large opening in the wall of the prayer hall. 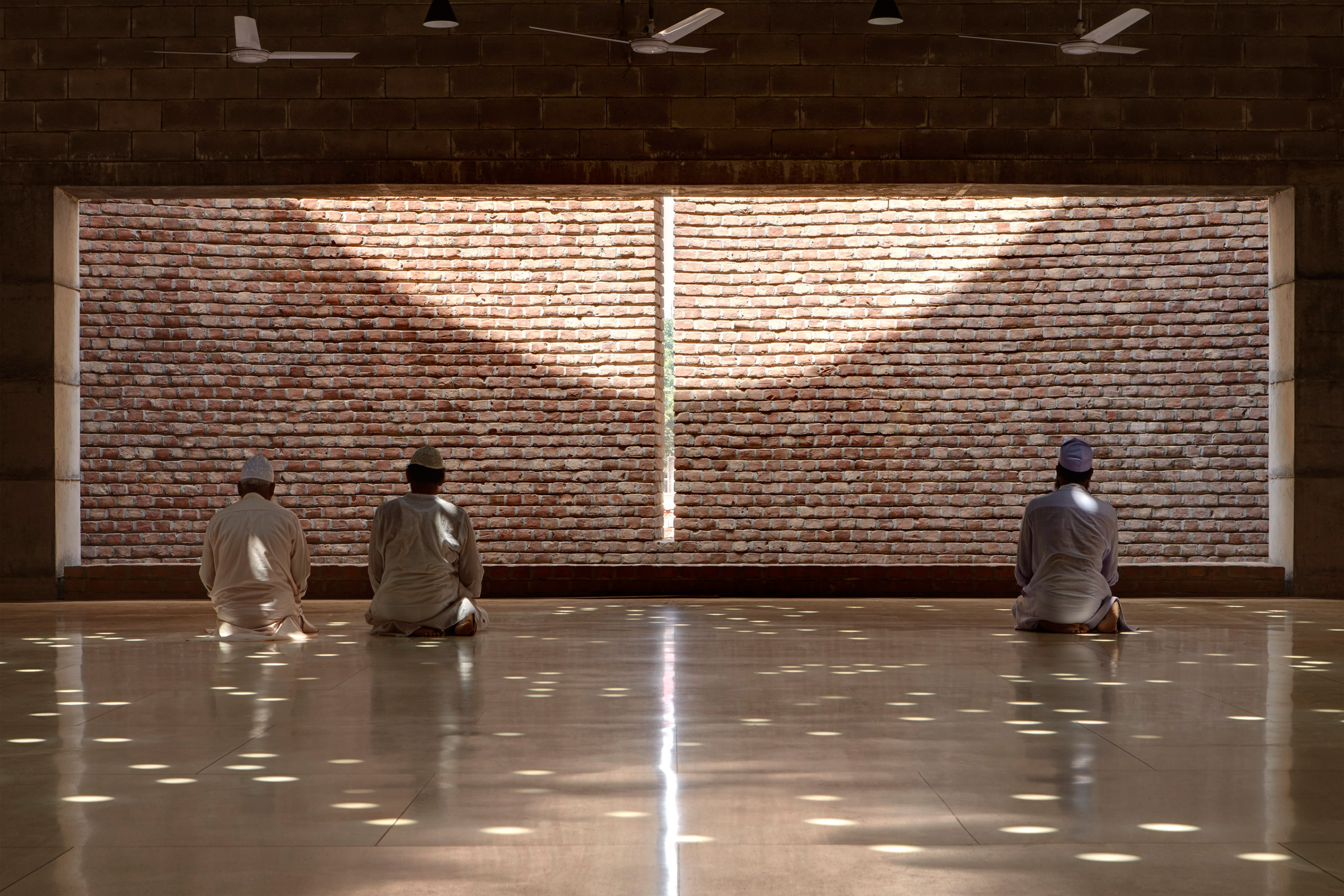 Along the southern edge of the mosque, a colonnade forms a shaded entrance that provides access to the rest of the spaces. An area for ablution is accommodated in the void between the external facade and the prayer room on the eastern side. 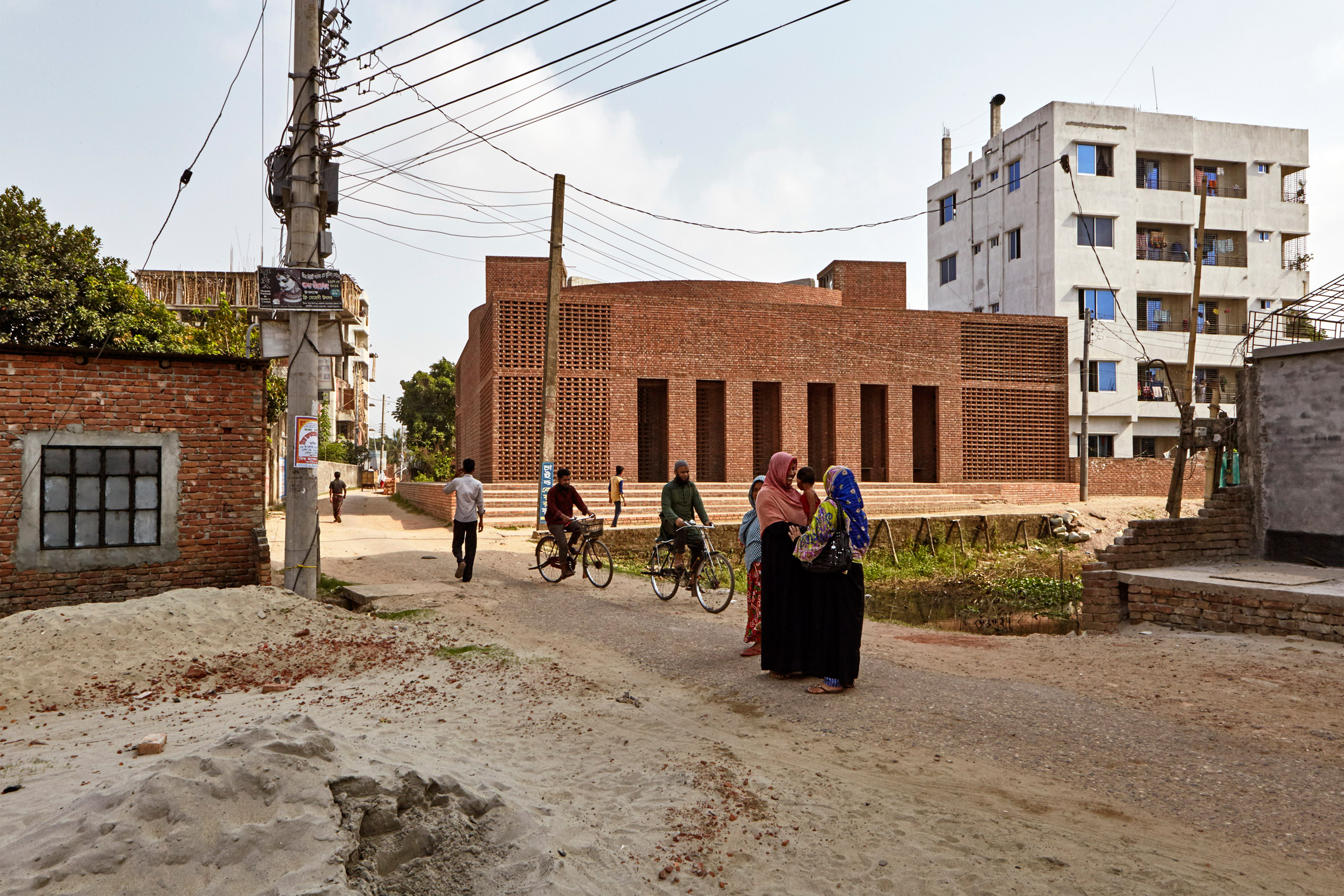 The project was competed to a modest budget and funded by charitable donations. It provides a place for worship that also functions as a community center for events and gatherings.